The Art of Innovation

We live and breathe design and technology. 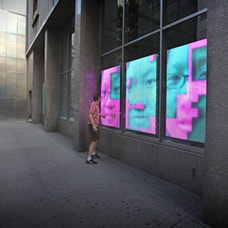 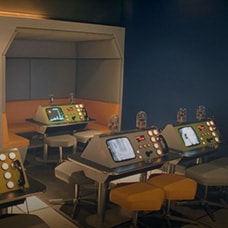 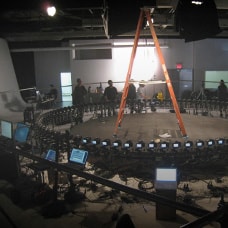 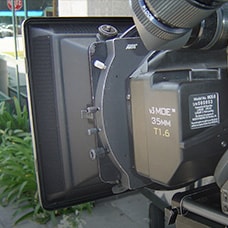 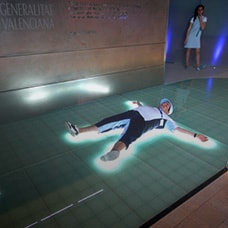 A timeline of our history

Over three decades of product design and development.

It all started when I was in my early 20s. My first job was assisting John Baker, a brilliant engineer and family friend. We created one of the first computerized animation stands, powered by an Apple II Plus computer, for the production of the classic animated film, Twice Upon a Time. From this project, I learned the fundamentals of motion control and cinematography, both of which would later become big parts of my career.

I went to high school with a brilliant and ambitious guy named Kevin Parker. We started a company called Powis Parker to produce desktop bookbinding machines and related consumables. The inspiration came from one of our teachers who sold office supplies. We were fascinated by the money spent on rolls of paper with some hot melt glue applied. We built a machine to produce our own brand of bookbinding tape in the basement of his mother's house, and we quickly realized that we could also design a better bookbinding machine. Our machine employed motion control technology to replace the orgy of mechanical parts used in the competitor's (Xerox) machine. Ours was elegant and simple -- the Model 15.

During this period, I enjoyed a stint working at Fernback Productions, in New York. Fernback produced TV commercials, and my job was to be the master of all things technical, including motion control cinematography. I customized our camera system and developed many tools and accessories to streamline the production workflow. I worked there for a few years, then started doing freelance special effects and a bunch of motion control stuff. Ultimately, the soullessness of advertising got to me, and I quit.

I met Stefan Rublowsky while freelancing in NYC. The two of us formed Electrokinetics in 1991 and grew it from just the two of us in a tiny space to a company with over 20 employees. In 1999, we were acquired by Razorfish, a fast-growing internet consulting firm. This was one of the most exciting periods of my career; we designed some really cool products and built a great working team.

At this time, the whole internet / new media thing was exploding in New York. A lot of people were building companies based around online entertainment ideas. We started thinking about leveraging video-conferencing as an entertainment concept, rather than for business or personal use.

Quiet
Internet legend Josh Harris hired us to develop an interactive telepresence / surveillance system for an art experiment / party in lower Manhattan. The two-week-long event culminated New Year's Eve 1999, when it was shut down by the NY police and fire departments.

We Live In Public
Josh then hired us to wire his downtown Manhattan loft with 32 video cameras and microphones, and to develop an automated system that would edit the feeds based on input from various sensors. The system went live as www.weliveinpublic.com, streaming a live show for several months.

A feature film entitled "We Live In Public" was made from documentary footage shot during both of these events, focusing on Josh himself. Find out more here.

Remote Lounge
The two Josh Harris projects were fantastic research opportunities; we witnessed how people responded to these technologically mediated experiences and decided to develop a for-profit public place that would employ the same concepts to entertain customers. We created Remote Lounge, a futuristic cocktail bar where you could interact with everyone else in the club via 60+ video cameras and 100+ monitors and projection screens.

When Remote Lounge finally closed, we were already working on Sensacell. The project was based on the idea of bringing computers and architecture together to create interactive experiences. We combined LED lighting with proximity sensors in the form of “tile-like” electronic surfaces that simultaneously sense activity and display stunning LED graphics. Sensacell integrates well with many architectural materials and can be incorporated into floors, walls, kiosks, and furniture.

Custom LED signage represents a huge underserved market. It's hard to make them, there's too much programming and custom wiring involved. The whole idea of Ultralis is to dramatically simplify the process of designing and fabricating spectacular custom animated LED signs. See how it works here.

Luxotronix uses the core technology of Sensacell to create interactive games. We take gameplay from the realm of the small-screen to large-scale play surfaces that engage the whole body in a healthy, physically active play.